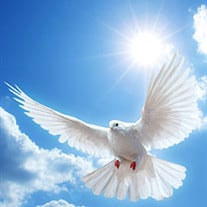 Alphonz W. Kopko, 90, of Pine Ridge South, Whiting, Manchester Twp., died Sunday, October 12, 2008 at the Holiday Care Center in Toms River. Born in Jersey City, he lived in Carteret most of his life, moving to Pine Ridge South in 1999. He was a U.S. Army Veteran of WWII; a member of the American Legion in Carteret; He was a trumpet player with the U.S. Army Band; he loved going to Atlantic City; and he was an avid Racquet Ball player. Mr. Kopko was predeceased by his first wife, Eva, in 1990. He is survived by his second wife, Theresa Olekowski Kopko; one son, Jon Kopko; one daughter, Alene Kleczko; and two granddaughters, Lori & Jill; also surviving are one step-son, Andrew Citkowicz; three step-daughters, Christine Pasinski, Elaine DeCandia, and Felicia Hildebrandt; Eleven Step-Grandchildren; and three step-Great-grandchildren Calling hours will be 2 to 7 pm Tuesday and 9 am to 9:45 am Wednesday at the Manchester Memorial Funeral Home, 28 Schoolhouse Rd., Whiting, followed by a Funeral Service at 10 am in the Funeral Home. Entombment will follow at Woodbridge Memorial Gardens, Woodbridge. Memorial contributions may be made to St. Joseph's School for the Blind, 761 Summit Ave., Jersey City, NJ 07307

The family of Alphonz Kopko created this Life Tributes page to make it easy to share your memories.

Send flowers to the Kopko family.