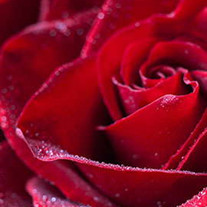 Anna Minardi of Whiting, passed away Wednesday, May 12, 2021 at her daughter’s home in Hamilton Twp. Anna lived 103 glorious years surrounded by her family. She was the loving matriarch. Anna was born in the Bronx, NY, and her first job was at Macy’s in Herald Square, NY where she met her beloved husband, Michael. They were married on April 27, 1941. They moved to Ridgewood Queens, NY, where she worked as a Teacher’s Aide at PS 71, Ridgewood, Queens. In 1974, they purchased a home in Whiting. There she was a member of the Women’s Bocce team in 1975, the Women’s Club, and the Italian Club of Whiting. Anna had many friends and enjoyed helping them by cooking delicious dinners and praying for them. She was a communicant of St. Elizabeth Ann Seton Church in Whiting. She lived every day in thanksgiving and in prayer. Anna was predeceased by her beloved husband of 68 years, Michael Minardi, and her brother, Ottavio Sabatino. She is survived by three daughters and sons-in-law, Patricia Barwick, Joan and Richard Harniman and Lorraine and Peter Haas; seven grandchildren and their spouses, Lisa and Bill Munder, Karen and Mark Petruzzi, Brian and Melissa Harniman, Scott and Carolyn Harniman, Jonathan Haas, David and Janine Haas and Daniel and Tascha Haas; and her 14 beloved great-grandchildren, Gregory, Caitlin, Tim, Anna, Josie, Jack, Maria, Michael, Juliana, Marley, Henry, Graham, Stella, and Cecilia. Visitation will be from 4:00pm to 7:00pm, Tuesday, May 18th at Manchester Memorial Funeral Home, 28 Schoolhouse Road, Whiting. A Mass of Christian Burial will be offered at 10:45am on Wednesday, May 19th at the All Saints Chapel of St. Elizabeth Ann Seton Church in Whiting. Interment will follow at Brig. Gen. William C. Doyle Veterans’ Memorial Cemetery in Arneytown. In lieu of flowers, please have a Mass said for her at any Catholic Church.

Anna Minardi of Whiting, passed away Wednesday, May 12, 2021 at her daughter&#8217;s home in Hamilton Twp. Anna lived 103 glorious years surrounded by her family. She was the loving matriarch. Anna was born in the Bronx, NY, and her first job... View Obituary & Service Information

The family of Anna Minardi created this Life Tributes page to make it easy to share your memories.

Send flowers to the Minardi family.