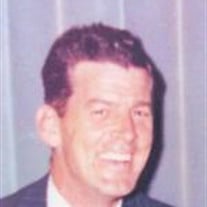 Arthur Morgan Stiers (91) passed away peacefully, Friday, September 10, 2010, at the Van Dyke Hospice in Toms River, NJ. Mr. Stiers was born on July 20, 1919, in Princeville, IL, the son of Clayton B. Stiers and Nina M. Younglove-Stiers. Mr. Stiers leaves behind his wife of 60 years, June E. Nelson-Stiers and their five children, Gary, Michaele Ann, Arthur, Bruce and Barbara; 15 grandchildren and 14 great grandchildren. Art served in the USMC from October 1941 to December 1945 in the Pacific Theatre during World War II, mustering out with the rank of Corporal. He attended school in Peoria, IL, and after the war he returned to raise a family. He was employed for almost 30 years by the US Post Office and retired to the Branson, MO, area. He served on the Peoria Heights School Board, was actively involved with the Boy Scouts and other civic organizations. In Branson, he was a trustee and deacon of the Ozark Mountain Christian Church. Mr. Stiers had a great love of nature which he imparted to his children; he taught them to hunt, fish, camp and garden. Mr. Stiers and his spouse moved to Whiting in December, 2004, to be closer to family. He was affectionately known around Branson and Whiting as "The Candy Man" because of his habit of handing out candy to the delight of one and all. The youngest of seven, he was preceded in death by his older brothers and sisters. An Affirmation Memorial will be held Saturday, September 18 between 4 and 7pm, BYOB at the home of his son, Bruce Stiers, 27 Schoolhouse Rd., Whiting. Interment will take place at the Brig. General William C. Doyle Veterans Memorial Cemetery, Wrightstown, NJ, at the convenience of the family. Memorials in his name may be directed to The Van Dyke Hospice Center, the Whiting United Methodist Church, or your favorite charity. For further information go to manchestermemorial.net

The family of Arthur Stiers created this Life Tributes page to make it easy to share your memories.

Send flowers to the Stiers family.