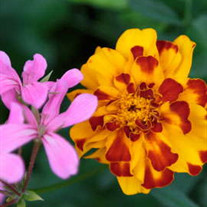 Jean A. (Weiss) Leonard of Whiting passed away peacefully on December 20, 2009, at Manchester Manor Rehabilitation Center in Manchester. Relatives and friends are invited to attend a Funeral Mass at St. Elizabeth Ann Seton Church, 30 Schoolhouse Road, Whiting, on Monday, December 29, at XX a.m. Interment will be private. Mrs. Leonard was the widow of Arthur Leonard who passed away in 1983. She was born in New York and was a registered nurse, receiving her training at St. Mary's Hospital, Orange. She lived in Butler until her marriage when she moved to Georgia. Later she lived in South Orange and had been a resident of Whiting since 1977. She is survived by her son Jeffrey and his wife Patricia of Holliston, MA; her daughter Nancy Knott and her husband, David, of Sydney, Australia; her grandsons, Jeffrey Carl and Daniel; her great granddaughters, Victoria and Maria; her brother, William Weiss and his wife Audrey; and many nieces, nephews and dear friends. In lieu of flowers, donations in her memory may be made to Susan G. Komen for the Cure (breast cancer), Two Princess Road, Suite D, Lawrenceville, NJ 08648.

The family of Jean Leonard created this Life Tributes page to make it easy to share your memories.

Jean A. (Weiss) Leonard of Whiting passed away peacefully on...

Send flowers to the Leonard family.