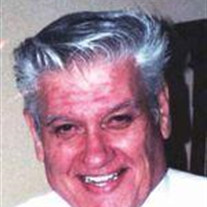 REED D. LUNDIN, 68, of Country Walk, Whiting, MANCHESTER, went home to be with his Lord, Thursday, September 20, 2007, after he courageously fought the battle of sickness and disease with his usual upbeat personality and faith in his God. He was a wonderful husband, father, grandfather, uncle and friend. Reed was born on December 24, 1938, in Elmhurst, IL, but grew up in Rumson, NJ and graduated from Rumson High School where he and his twin brother played basketball. He also lived in Middletown and was an Electrician with Local 400, Wall Twp., NJ, retiring in 2004 when he moved to Country Walk of Whiting, NJ. He said his retirement years were the best years of his life. He loved to travel, eat out and take long rides in the country with "Missy" by his side. Reed was not only tall in stature, but strength and character, as well. He touched many. He was the Exulted Ruler of the Elks Lodge in the Highlands, a US Army veteran and a Born-Again Christian. He was predeceased by his parents, Arnold and Anne Lundin; his twin brother Curtis A. Lundin and brother, Larry Ohl. He will be greatly missed by his beloved wife, Linda; sons, Thomas Lundin of St. Petersburg, FL, Jim Devine of Jackson, NJ and Mark Lundin of Hamilton, NJ; two brothers, Arnold and Harry; two wonderful daughters-in-law, Elen Devine of Jackson and Debbie Cook of St. Petersburg, FL; four grandchildren, Julianna, John, Rick and Chris and many nieces, nephews and family members who he adored. Relatives and friends may call Saturday from 2 to 4 p.m. and 7 to 9 p.m. at Manchester Memorial Funeral Home, 28 Schoolhouse Road, Whiting. A funeral service will be held at 8 p.m. in the funeral home. Donations, in his memory, may be made to the American Lung Association of NJ, 1600 Route 22 East, Union, NJ 07083 and the American Cancer Society, 1035 Hooper Avenue, Toms River, NJ 08753.

REED D. LUNDIN, 68, of Country Walk, Whiting, MANCHESTER, went home to be with his Lord, Thursday, September 20, 2007, after he courageously fought the battle of sickness and disease with his usual upbeat personality and faith in his God. He... View Obituary & Service Information

The family of Reed Lundin created this Life Tributes page to make it easy to share your memories.

Send flowers to the Lundin family.