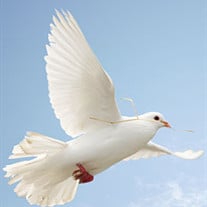 WALTER WILLIAM WRIGHT, 87, of Whiting, MANCHESTER, died Wednesday, April 16, in Toms River. Born in Baisley Park, NY, he lived in Easton, PA before moving to Whiting in 1995. Mr. Wright was a Junior Engineer for General Electric, retiring in 1983. He was a communicant of St. Elizabeth Ann Seton Church, Whiting. He was a member of the Masons and the Knights of Columbus. He also enjoyed traveling. He was predeceased by his first wife of 54 years, Elisabethe, who passed away in 1995 and his son, Bruce. He is survived by his loving wife of seven years, Frances, a daughter and son-in-law, Frieda and Richard Wnorowski of Toms River; six grandchildren, Jonathan, Elisabethe, Jennifer, Leo, Brian and Pamela and six great-grandchildren, Joseph, Nicholas, Katrina, Sofia, Geneveive and Cecilia. Relatives and friends may call from 2 to 4 p.m. and 7 to 9 p.m. Friday and 10 a.m. to 11:15 a.m. Saturday morning at Manchester Memorial Funeral Home, 28 Schoolhouse Road, Whiting. A funeral liturgy will follow at 11:30 a.m. in the All Saints Chapel of St. Elizabeth Ann Seton Church, Whiting. In lieu of flowers, memorial contributions in his memory may be made to the charity of choice. For further directions and information go to: www.manchestermemorial.net

The family of Walter Wright created this Life Tributes page to make it easy to share your memories.

Send flowers to the Wright family.